At COGEBI the implementation of Microsoft Dynamics AX 2012 has been launched!

Branches in Belgium and the USA use the same international system. The Czech branch of COGEBI, where there is a significant part of the production processes and which used to use a local ERP system that did not meet the requirements of production management. The group's management therefore decided to replace the existing local ERP system. When considering the roll-out of the system from USA and Belgium to the Czech Republic, however, the management along with key users found that the system failed to meet the demanding requirements of the company. Also subsequent extension to other branches (in Malaysia and China) would be complicated, due to the manufacturer's support in these exotic countries. The management of the group was looking for a robust international system that could manage intensive manufacturing processes at COGEBI and at the same time make it possible in the future to deploy the system throughout the entire holding. 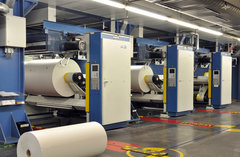 The process of selecting a new ERP system for the whole group also included NAVISYS, which won amongst competition from international and local suppliers. The project implementation of Microsoft Dynamics AX in the Czech and Belgian branches was launched in January 2014. A partner company named Dynamica, JSC was also involved in this project.

Microsoft Dynamics AX will cover all production processes, including planning and quality control, complete logistics processes and, of course, finance, controlling and business. NAVISYS is deploying the system in the Czech Republic and Belgium, other phases of the project deployment is planned in the USA.

COGEBI is part of the holding company ELCIM Group in the Netherlands. It focuses on the development, production and distribution of electric and thermal insulating materials based on mica.