NOEN specializes in designing and engineering machinery and equipment for the surface mining of minerals, transport equipment, equipment for handling material at waste disposal sites and supplying machinery and equipment for Stockyard bulk storage materials. From January 2012 the company has been using Microsoft Dynamics NAV with the branch solution BIZ4BuildIn from NAVISYS. This brought a number of streamlining processes and prepared the company for entering foreign markets.

The projects take years and involve hundreds of contracts and documents

NOEN focuses on three basic types of activities in surface mining. The primary is in the design and engineering of mining machines. Designing each machine is unique and tailored to the needs of the specific surface mine. Such a project, such as the need to supply a giant excavator KK 1300 to a mine in Western Bohemia, Bilina, runs from the very early stages all the way through over the course of many years to handing over all production documentation and contains thousands of drawings, contracts and supporting documents, each document must pass a pre-set workflow. The second area where NOEN operates is in the design and engineering of belt conveyors for coal handling plants, heating plants, ships, etc. Here one project may take from several months to several years depending on the complexity of the project. The third area is consultancy in the area of coal surface mining, where NOEN focuses on the preparation of feasibility studies and due diligence. Here, the duration of the project moves to one year.

For continued growth Excel was just not enough

Until 2010, all the key processes in NOEN were handled by individual project managers using their own system of advanced excel spreadsheets. The firm’s accounting was then looked after by an external company. The management system, however, had many shortcomings. They complained about the direct substitution of project managers, such as in cases of illness, and how the inconsistent data base complicated the work of project managers who did not have an overview of ongoing work on a project in real time, like having immediate access to information on payments for minor projects. In 2010, however, the management decided that the company had to prepare to enter the foreign markets and create a holding structure, which stands as the sister company NOEN dedicated to designing such control systems, wiring, etc. The company also wanted to become more transparent and prepare for the eventual entry of an investor. For this reason it was decided that a professional enterprise information system will be deployed which will help standardize all processes, including project management, increase data security in the company, and give project managers and management a better and faster overview of the status of individual projects and the current state of finances.

NAVISYS offered the BIZ4BuildIn superstructural solution, their reputation and a reasonable price 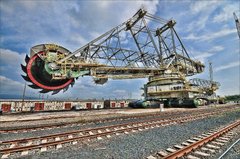 The company chose from several ERP systems. In the mix of choices were both local and multinational systems, which were all over-dominated by Microsoft Dynamics NAV. Unlike some other systems, NOEN had positive references about Microsoft Dynamics NAV from their business partners and customers. One of which was an engineering and contracting company for surface mines, who had used Microsoft Dynamics NAV vertical solutions along with BIZ4BuildIn from NAVISYS. It is aimed directly at businesses in construction and engineering, providing them with the tools for complex order processing, management and comprehensive record keeping of all project documentation, project support and financial management and many other specific tools that these companies need. It was this positive reference, accurate coverage of all internationally recognized processes and enterprise information systems, ability to keep parallel accounting according to IFRS and national legislation, which ultimately helped NOEN opt for Microsoft Dynamics NAV. The price, although higher than local solutions, provided a strong foundation for future international expansion of the company and created a potential platform for the entry of a Czech or foreign investor.

NOEN took on Microsoft Dynamics NAV gradually. NAVISYS started the system implementation in February of 2011 and with its completion in August 2011, the system began operating in test mode. This was followed by user training and final adjustments to the system according to their requirements. In addition to NOEN’s own, the new system had to work with an external accounting firm. Thanks to its intuitive user interface, it was not a problem, and so in January 2012 NOEN could, when this complex system went into operation, start immediately doing their bookkeeping in Microsoft Dynamics NAV.

The benefits have taken effect immediately. All projects can now be managed from one place - from BIZ4BuildIn module in Microsoft Dynamics NAV - from the process of calculation, prepared by the merchant, to the project itself through the preparation of technical documentation, which is already managed by a project manager to transfer all production documentation of manufacurers to a single subcomponent. The progress of the project can be seen in a well-arranged window with a Gantov diagram and for each phase of the project there is a link to all related documentation as well as an implementation schedule, budget and cash flow plan. The project manager has an instant overview of the sequence of individual tasks as well as all sent and received payments in connection with the project. The project manager also has a list of all the delays or, conversely, faster than the scheduled timetable and this can be reflected into how the whole project is run. The system also allows you to very effectively manage changes, which in the case of extended projects are usually several. Overall, the project manager can accelerate work on average by 40%, because information about the status and progress of the project no longer have to be continuously and actively sought after, instead it is available directly in the system.

Microsoft Dynamics NAV allows you to accurately and quickly identify any particular errors and their causes, so now the company can effectively defend against their recurrence. Access to information on ongoing projects is not only available to the project manager, but even the management and other key personnel. All information is now the same for all comprehensible forms, works with one version of the data and it is possible to restrict access rights to individual users so that each of them really see just what he or she needs for work..

A major benefit of automation has helped other agendas, such as workflow invoices. Throughout the month tens to hundreds come into the company. Previously each invoice had to be scanned, sent to the appropriate assistance branch of the company, who printed it, brought to the responsible person to sign it, scanned it and sent to an external accounting firm. This process was lengthy and an unnecessary strain on workers. Now the invoice is registered by the assistant, who is assigned a code and within seconds of receipt of the invoice, it can be approved by the responsible officer. This employee then approves it directly in Microsoft Dynamics NAV, or delegates it to the approval authority, and later that day, it can be given to an external accounting firm to be paid. In 2013, when NOEN fully launches the expansion of foreign markets, we will be able to see the many benefits of the new system, including for example the preparation of the consolidated financial statements or support regarding more national laws.

Site navigation: Press Centre  >  Case Studies  >  With the new NOEN system the entire process from supply to implementation was accelerated by 40%