TENZA, a.s. is today one of the leading Czech companies supplying technologies for production, distribution and exchange of heat. It is also spreading its activities into the areas of water, infrastructure and civil engineering. Having organized a tender, Tenza selected NAVISYS to become the supplier of its information system based on Microsoft Dynamics® NAV and the field-specific BIZ4BuildIn solution. This solution embodies the fundamental business logic of companies trading in building industry, or dealing with project oriented job orders.

For accounting purposes TENZA used Helios Orange information system, the area of purchasing and logistics was covered by an internal tailor-made system. Other departments addressed their needs using separate applications or even only MS Excel. This situation did not provide adequate tools to support project management and controlling.

Goal of the solution

TENZA sought an internationally recognized system with a vertical solution and a partner who could not only implement the information system and provide its subsequent support but who would also possess knowledge of the needs and bottlenecks of the building industry. 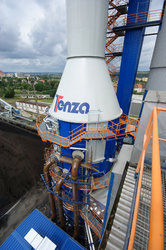 Legible process analysis and checklists to verify key characteristics. An output providing overview of business opportunities, including price assessment, likelihood and the date of contract signing. Monitoring of project characteristics by projects/job orders. Control and verification of sales staff availability for assigning opportunities and proposal processing. Making it possible for the sales staff to view their projects during the realization stage. Possibility of assigning tasks to employees and controlling. Easy access to all related project information and documents concerning contracts, financing and hard facts. Possibility of accessing the system and relevant information according to the user roles. Managing several companies within one database.

This phase was started in early September 2007 and it was necessary to launch the system as of January 7, 2008. The system was launched on time, the entire phase was completed as of March 31, 2008.

In addition to Microsoft Dynamics NAV information system, a unique solution by NAVISYS called Biz4BuildIn for the area of project management was also implemented. It uses Gantt charts developed by NETRONIC, external graphic components for planning project schedules and capacities. 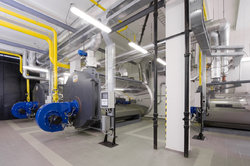 TENZA, a.s. was established in 1993. In following years, the company experienced dynamic growth and profiled itself as a supplier of high-end technologies and investment projects in the power industry and heat equipment. Today, it is one of the leading Czech companies supplying technologies for production, distribution and exchange of heat. It is also spreading its activities into the areas of water, infrastructure and civil engineering. It pays special attention to environmental programmes involving namely projects of using renewable sources of energy and water and air protection systems.

An important activity of the company is trade as a part of which supplies of modern technologies from foreign manufacturers and from the company’s own production are handled.