The company BigBoard Prague is one of the oldest operators of advertising space in the Czech Republic. They entered into the Czech market in 1994 and quickly became known for their bigboards - billboards with what was at that time unprecedented dimensions of 9.6 × 3.6 meters. In 2004, the company first decided to implement Microsoft Dynamics NAV. They were not entirely satisfied with original implementation, so in 2011 they decided to migrate to a new version of Microsoft Dynamics NAV, and this time with NAVISYS.

Extensive modifications to the original system were never completed 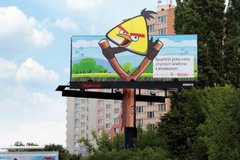 The company BigBoard Prague is part of the multinational BigBoard Group, who have operated an elite network of billboards in Eastern Europe since 1991. In 2004 the parent company decided to move from several separate systems to the comprehensive information system Microsoft Dynamics NAV. Through consultation with the implementation partner, BigBoard let their information system be extensively modified so that it closely matches the original user habits. But these extensive modifications then proved to be problematic, not only because careful debugging was needed, but also because of complicated and more expensive updates and additional system modifications.

From 1 January 2012 a new system went into operation and Microsoft Dynamics NAV now covers the entire area of finance for BigBoard Prague and the subsidiary BigMedia. Aside from competely running finances, the intensive management of hundreds of invoices per month, the system will also cover the extensive agenda of contracts. Microsoft Dynamics NAV deals with customer contracts and important leases on thousands of sites where the company has installed its advertising space. The module also manages contracts with suppliers who take care of exchanging posters on billboards, the maintenance of lighting and carrying out other services. 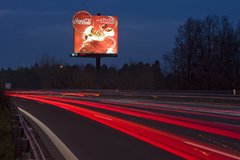 Now managing relationships with suppliers is done thanks to Microsoft Dynamics NAV 2009 and tailor-made modules prepared by NAVISYS and solved very efficiently. Suppliers that manage dozens of such billboards, send BigBoard Prague only a single summary invoice. This, however, must be properly paired with different contracts and orders, and items must be paid to the contractor properly for individual advertising space in order to evaluate their profitability. All this can now be easily done completely automatically, importing a single Excel file that contains the allocation of costs to individual spaces. Press a button and all the costs of the billboard are automatically assigned and paired with payments and orders.

Connecting Microsoft Dynamics NAV with the accounting tool Jet Reports Essentials, which is fully integrated with Microsoft Excel, saves time and much more. It is used first and foremost in the field of finance, when Jet Reports exports individual financial statements, reports, documents for auditors, etc. Here you can also prepare regular reports for the owner according to IFRS, into which the conversion table transforms the financial statements of Microsoft Dynamics NAV according to Czech legislation. Jet Reports is currently used for the managerial analysis of the profitability of advertising space, yields on individual customers, etc. BigBoard Prague plans to soon replace the Business Intelligence solution by integrating it directly into the Microsoft Dynamics NAV.

Microsoft Dynamics NAV is deployed with the newly acquired company

Enlarging the BigBoard group in the Czech Republic with a new company also brought a transition to a specialized system for business management in the rental of the advertising space that Czech Outdoor uses. However, the company needed data about business from the specialist system connected to the area of finance and contracts. NAVISYS, therefore, within just a few weeks prepared a transfer bridge, which links data from both systems. Business representatives can see all the data they need for their work in a single system. Also the department of finance and administration contracts are in the ERP system with an overview of all data, including those from the store.